MYRTLE BEACH, S.C. | The great weekend debate doesn’t need to happen anymore.
No longer do players need to choose between getting on the course or watching the pros in the biggest tournaments on the calendar. Simply, there’s enough love to go around.
Up and down South Carolina’s Grand Strand, we’ve got all sorts of places where you can do both. An early morning round at a great track followed by a beer and food inside to watch the pros is a damn fine day, no matter how you shake it.

We paired up each of the biggest 2021 PGA Tour events with a local option to play, eat and drink. And there’s no debate about that.

THE PLAYERS CHAMPIONSHIP, MARCH 11-14
TPC Sawgrass is known best for its Stadium Course 17th hole, the short Par 3 that puts a whole bunch of professionally used golf balls in the drink. And while we have that hole replicated (at World Tour Golf Links; more on that later), we’re going to send you down to Pawleys Island to hit up Tradition Golf Club. Why? No. 15. The short Par 3 measures no more than 157 yards from the white tees and even with its sloped grass area circling the green, puts enough of a squeeze on players. It’s the perfect talking point for the post-round professional event. “You know, when I played that hole…” sounds a lot better when you’ve done it a few hours earlier. Augusta National’s famed Amen Corner will get all sorts of airtime during Master’s week. And only World Tour Golf Links (pictured right) gives you a taste of that three-hole stretch. They are represented on the Nos. 4, 5 and 6 holes on the Championship 9 here, and while the replica isn’t 100-percent accurate, it’s darn close – and plenty capable of giving you bragging rights during the watch party.

PGA CHAMPIONSHIP, MAY 20-23
We could blow a bunch of smoke you know where by saying that Pete Dye’s namesake layout at Barefoot Resort or his combo effort with P.B. Dye at Prestwick Country Club (top photo) are quite up to snuff with Kiawah Island’s Ocean Course. But that doesn’t mean either option wouldn’t be a great alternative to making your way two hours south (besides, tickets will be next to impossible to get, anyway). When it comes to Prestwick, you’re going to see some of that same influence, though, and know you’re getting one heck of a challenge. You’ll have earned that post-round beer with the PGA Championship on in the background. Torrey Pines Golf Course is a nifty story, for golf lovers and casual observers alike. It’s owned by the city of San Diego, was built on a former U.S. Army installation, and had its South Course (where the U.S. Open is being held) redesigned by Rees Jones less than 20 years ago. At least in terms of that last part, Myrtle Beach has you covered. Jones’ Arcadian Shores Golf Club (pictured right) underwent massive renovations to its course and facilities. It’s privy to fast rounds, meaning anything before noon will have you watching the leaders bringing it on home on the other coast.

THE OPEN CHAMPIONSHIP, JULY 15-18
Unlike the previous events listed, the Open will have plenty of early morning viewing, which means you can pre-game your late afternoon round with some breakfast in front of a TV set showing off Royal St. George’s Golf Club in England. That may not be the most amicable set-up for a round later in the day in July, but for those who don’t mind the heat, this is the perfect time to take advantage of Barefoot Resort’s Norman, Love and Fazio courses at a more wallet-friendly rate. And if you needed another connection, don’t forget that Greg Norman won the Open at Royal St. George’s in 1993. When the Olympics return after a year delay, there will be considerable attraction in the national narrative. The competitors will be teeing it up at the Kasumigaseki Country Club, among the oldest courses in Japan. The oldest course in Myrtle Beach, Pine Lakes Country Club, would be a comparable match. Pine Lakes (pictured above) opened in 1927, just two years prior to Kasumigaseki. Since then, it has made several changes to its clubhouse, now serving as a great place to get in a great round and then watch the pros do their thing. 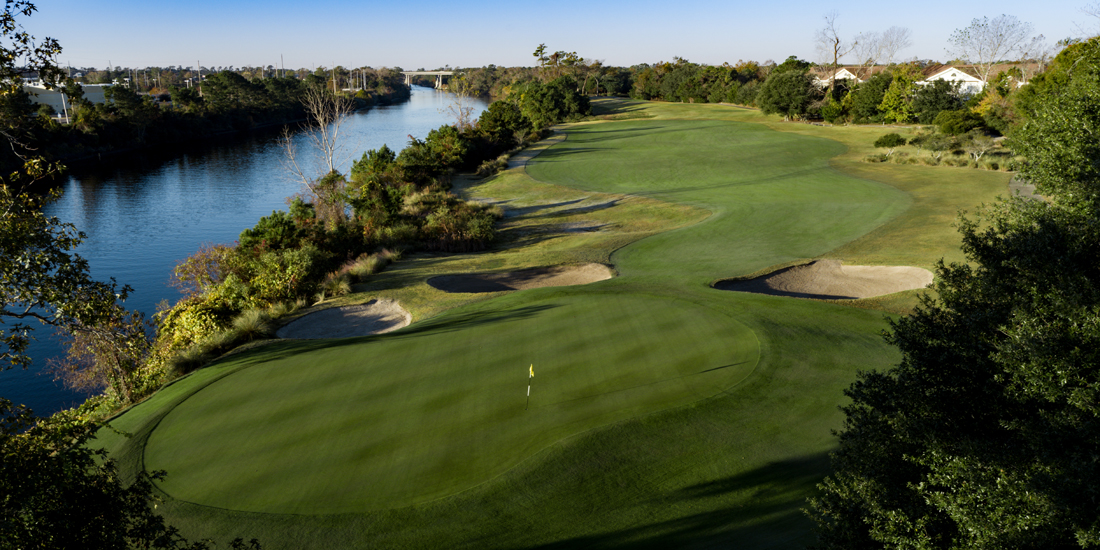