Myrtle Beach’s 5 Easiest Courses, According to the USGA

Golf is a masochist’s game. Look at any ranking of America’s “best courses” and they all have one thing in common: difficulty. The game celebrates the severity of the challenge, and I get it. But it feels good to post a low score, especially when you are on a golf trip. With that in mind, below are Myrtle Beach’s five easiest golf courses, based on USGA slope rating. Layouts are ranked based on their most commonly played set of tees. For those who are unfamiliar with the system, slope rating measures the difficulty of a course for bogey golfers and it’s the higher number. The course rating evaluates a layout based on how difficult it is for scratch players.

— Myrtle Beach National is one of the area’s bedrock facilities, at least in part because players generally leave the West Course (69.4/118 white) with a smile on their face. The layout plays 6,114 from the white tees, the fairways offer ample room, and there isn’t a surplus of water. Throw in always outstanding conditions and all the elements for a great round are in place

— Located just across the state line in Brunswick County, N.C., Meadowlands (69.6/118 egret) has been a player-friendly design from its 1997 opening and recent renovations have ensured that will continue to be the case. The egret tees play just 6,080 yards and forced carries are at a minimum, making Meadowlands the place to go low along the North Strand.

— Not gonna lie; I didn’t expect the Witch (69.8/121/white) to be on this list, but with a slope rating of 121, the USGA says there are only two courses along the Grand Strand that play easier from the white tees. Who am I to argue with the blue blazer crowd that runs the USGA? 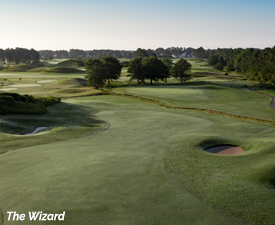 — I wasn’t shocked to see the Witch’s sister course, the Wizard (69.1/121/regular) make the cut. The links inspired design features wide fairways and receptive greens, a winning combination for all of us. The Witch and Wizard have a rating of 121, but I’m telling you, your chances of going low are better at the Wizard.

— Crown Park’s (69.5/121/white) location on Highway 9 makes it an option for a day of arrival or departure round of golf, and its slope rating of 121 means you will have every opportunity to begin or end your trip with a low score.

(Editor’s Note: Possum Trot, which has a slope rating of 118, was left off the list because of its pending closure this September.)

How have you played any of Myrtle Beach’s easiest golf courses? 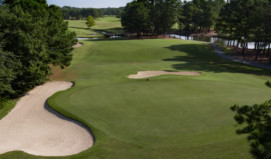 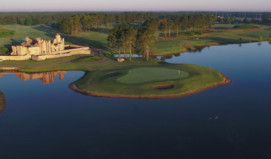 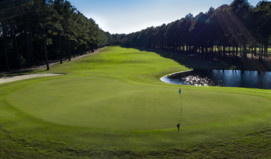