There is a strong case to be made that the British Open is the game’s second most entertaining major (sorry, the Masters tops the list). Who doesn’t enjoy early morning golf played on the sport’s most storied links courses? Myrtle Beach is a long way from Royal Portrush, site of this year’s Open, but the area does have a connection with golf’s most famous trophy. Eight Myrtle Beach area golf courses have been designed by men who have hoisted the Claret Jug.

Here are the select group of players who have won the British Open and designed Grand Strand golf courses:

Greg Norman’s only resort Myrtle Beach golf course opened in 2000, seven years after the second of his two British Open victories. The Norman Course at Barefoot is most known for the three holes that play along the Intracoastal Waterway, highlighted by the par 3 10th. The Shark often struggled on the game’s grandest stages, but his work at Barefoot doesn’t disappoint.

The King, Arnold Palmer, had twice as many Myrtle Beach golf courses (4) on his resume as did Claret Jugs (2). Palmer is often credited with helping restore the British Open to prominence with his 1960 appearance at St. Andrews, just like he helped put the Grand Strand on the map with his work at Myrtle Beach National. Palmer designed all three courses at MBN, most notably King’s North, one of the area’s foundational layouts. The West Course and SouthCreek are popular tracks, due in large part to quality conditions and layouts that give players a chance to score. Palmer’s fourth course, Rivers Edge, is one of the North Strand’s most memorable, highlighted by seven holes that play along the Shallotte River.

The Black Knight, Gary Player, is a nine-time major champion, including three British Open triumphs, and he left his mark in Myrtle Beach with Blackmoor Golf Club, a solid design that has been sending golfers home happy since its 1990 opening.

Jack Nicklaus, golf’s most prolific champion, won three of his 18 majors at the British Open. He has a pair of Myrtle Beach designs to his credit – Long Bay Club and Pawleys Plantation – with both opening in 1988. Long Bay is a 4 ½-star layout that wows golfers with the Golden Bear’s generous use of mounding and creative bunkering, but Pawleys Plantation attracts most of the attention. Six holes along the unforgettable back nine at Pawleys play through a tidal marsh, making it one of the prettiest stretches along the South Carolina coast.

Let us know which Myrtle Beach golf course designed by a British Open winner is your favorite. 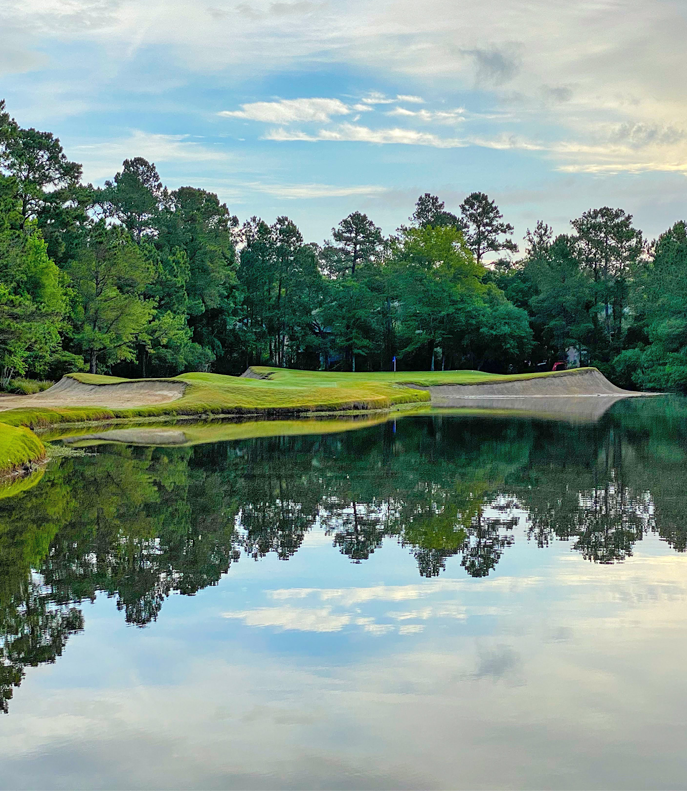