At most courses, the best chances to improve your scores come on the Par 5s. Two good shots in a row can have you thinking of a cup-clanking birdie putt.

At Long Bay Golf Club, that’s not the case for most of us.

Jack Nicklaus’ design is one in which we’re almost forced to take a different mentality to the four longest holes. It’s much more ‘survive and advance’ than ‘calculate and conquer’. And he did it by giving golfer four very non-patterned layouts to tackle.

Those differences add spice to the round – and it helps if you’ve done your homework.

LONG AND LEAN
Many players who come to Long Bay for the first time move up a tee box because of No. 2 alone (top photo). The longest Par 5 on the course measures in at a not-so-cool 524 yards from the white tees (and as far as 568 from the tips). Naturally, the 491-yard golds look much more appealing, especially when you consider that Nicklaus included a pretty narrow fairway for this early in the round. Just for good measure, he also started in early with his use of waste bunkering, using one to cut the green off from the fairway. OK, at 468 yards, now we’re talking on No. 7 (pictured right). Oh, wait, there’s a fairway tree (this won’t be the last of them). While most people can successfully avoid it and catch the left edge of the fairway, that’s sort of what the Golden Bear wanted you to do. Beyond the furthest stretches of that landing zone likes a pond that tends to make players pay for any sort of mishit on their second shots. You’ll need to fade back over to the right to maintain any chance of reaching in three.

C YOU LATER, BIRDIE
After you’ve made the turn and played the course’s signature hole (No. 10), a relatively easy looking 480-yard Par 5 await at No. 11. And although this one appears like a long and straight one, Nicklaus elected to leave you a little present at the very end. A C-shaped bunker surrounds three-quarters of the green here, meaning a whole bunch of players are hitting their third (if they’re lucky), fourth or fifth shots out of the sand.

A SLIVER RUNS THROUGH IT

The fourth and final Par 5 of the day on No. 15 (pictured right) is easier by handicap standards, but also evidence of pain for those who aren’t playing it smart. On this 449 yarder, there is a fairway tree up the left, a slight bend to the right at the midway point, two large bunkers off the left of the green and a bulk-headed drop off to the right of the green. What’s most dangerous about this hole, though, is the stream that cuts left-to-right across the fairway and then rides it right up past the putting surface. 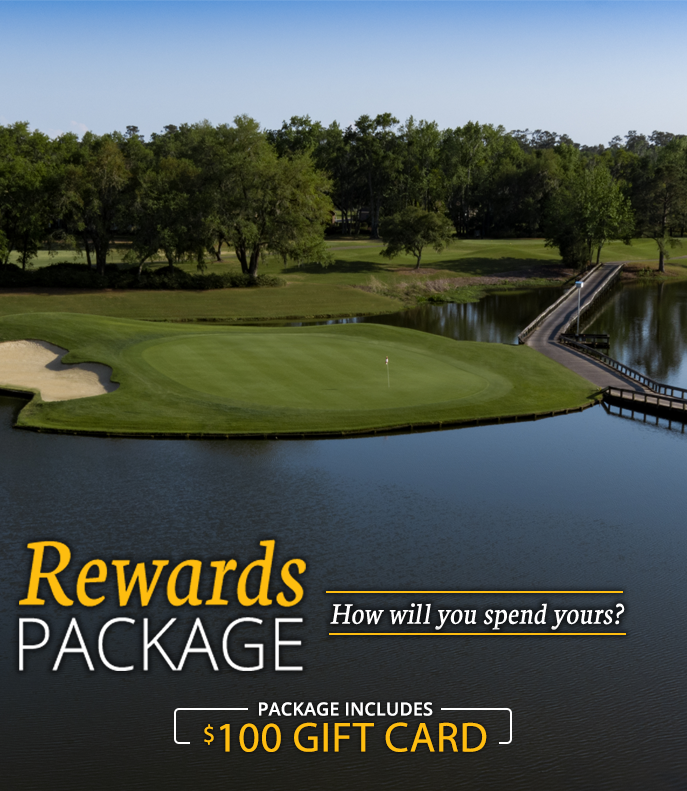